Turks- and Caicos Islands (TCI) is a Caribbean Island paradis south of the Bahamas og north of Haiti and The Dominican Republic.
It is a British colony consisting of 30 islands, of which only 8 are inhabited

On the main island of Grand Turk (which is significantly smaller than the Caicos Islands) is the capital Cockburn Town.
Grand Turk was, according to history, the first place in "The New World", where Columbus set foot on land in 1492. 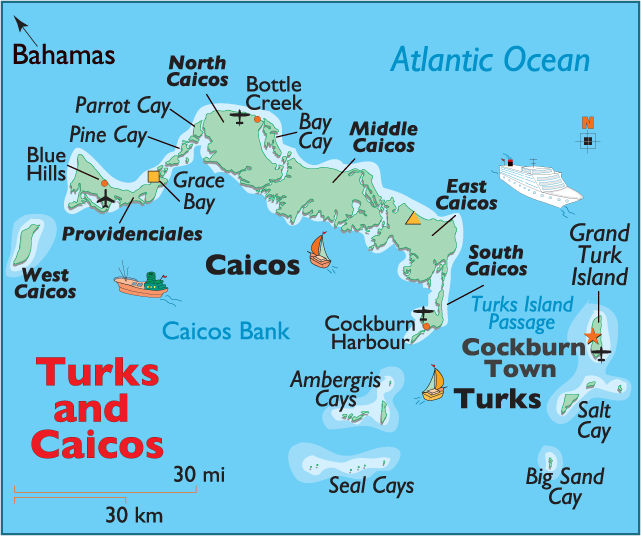 Between West and North Caicos is the island of Providenciales (Provo), which has one of the world's most beautiful beaches · Grace Bay ·  Travellers all over has voted as the world's best beach several years in a row ·  among others on TripAdvisor.

Here you'll find Turquoise and Crystal clear water and white sand so fine and soft, it's hard to believe it is real · but it is☺ 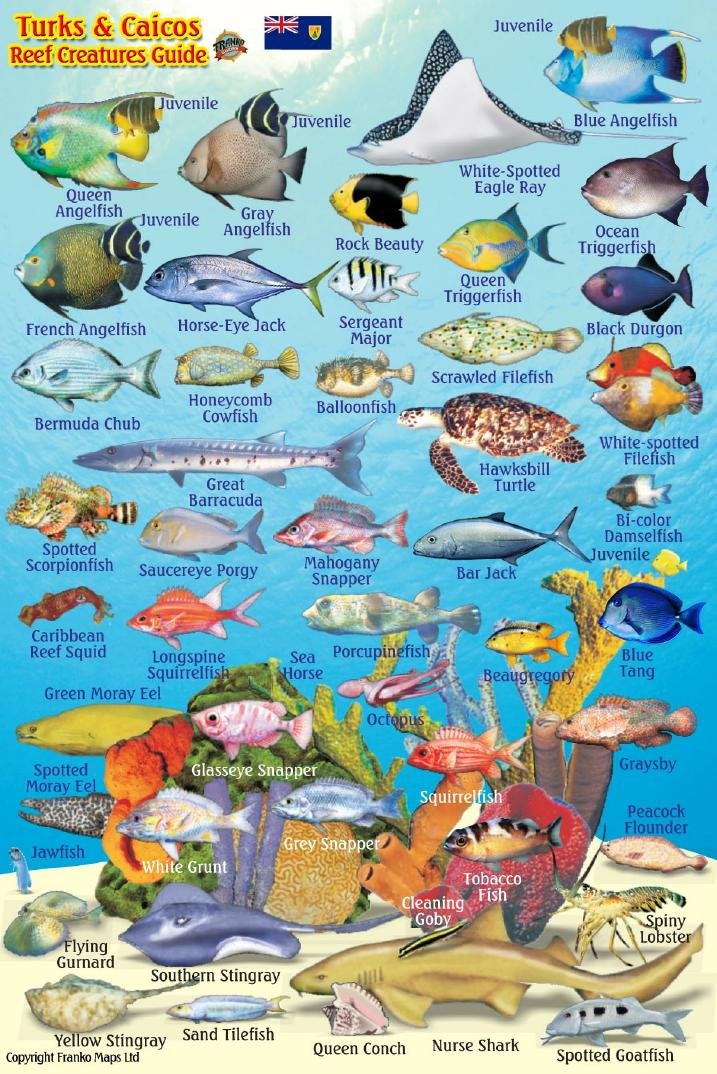 You can go to Turks and Caicos from several destinations · eg. Miami (MIA) to Providenciales (PLS) with American Airlines who has several daily departures.
Alternatively, you can travel from both Haiti / Port-Au-Prince (PAP), Dominican Republic / Santo Domingo (SDQ) and Puerto Rico / San Juan (SJU).

From Europe British Airways offers flights from London.
If you are going from Denmark it is very hard to find a Holiday package incl. flight and hotel so the easiest (and cheapest) way to visit this paradise is to book the flight yourselves and then book accommodation on Hotels or Booking.

Turks and Caicos Islands is a popular destination for the more exclusive audience and is also often used for newly married couples on honeymoon. Prices for hotel rooms are therefore also at the expensive end (about $250 per night for a 3-star hotel) and generally price level on the islands is high.

On Providenciales there are several well-stocked and extremely nice supermarkets that have all you need. Only one has $ enough.
Own production there is not much of on the islands, so everything will be sailed (or flown), so things just cost more than most other places in the world.
An apple can easily cost $2 and a regular beer $3 (in the supermarket) and if you want to enjoy dinner at a restaurant overlooking Grace Bay, you will not get much longer than the starter for $ 25 per person ... so there is no doubt they know that they live in a much popular place ♥ On the island with the world's best beach ☼ 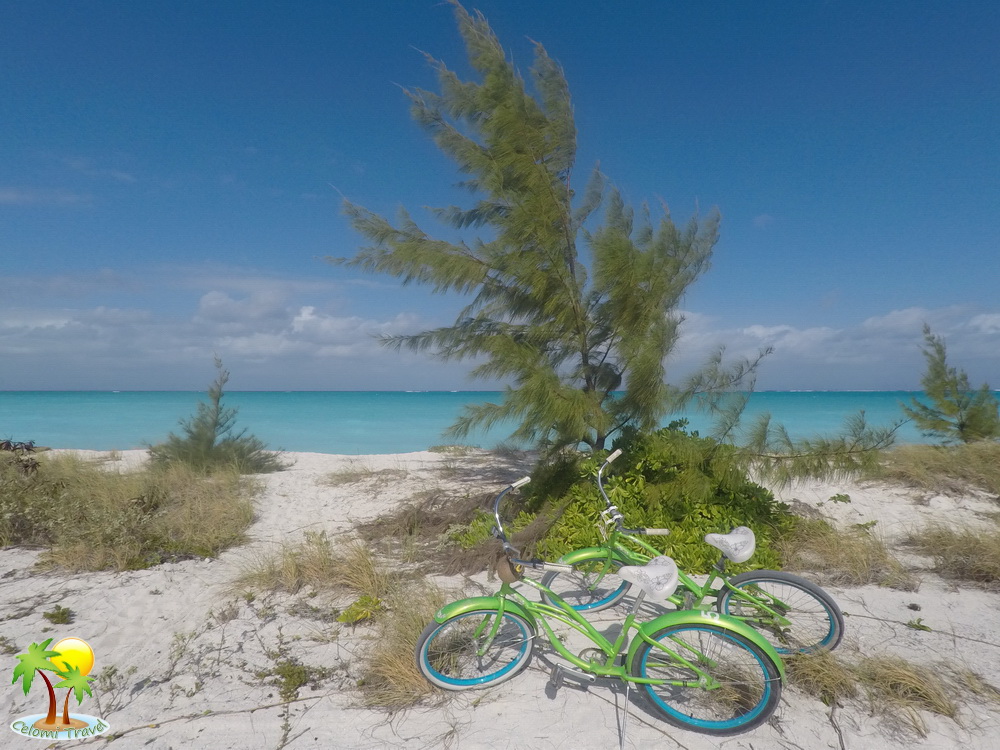 The island of Providenciales is as flat as a pancake so it is obvious to borrow / rent bicycles if you want to experience the island (approx. 25 km long), and there are bicycle paths in several places (especially east of Grace Bay), while traffic is limited (however, on the left hand side, as in the UK).

If you want a lifetime experience, Turks and Caicos can is a Must-See ♥
Stay here for 4-5 days. If possible combined with stops in Miami or island hop to other places like the Bahamas, Puerto Rico or the Dominican Republic.

We traveled here from Miami (MIA) with American Airlines and on to Puerto Rico (SJU) with interCaribbean.

♥ Turks and Caicos ♥ Beautiful By Nature ♥